Pragmatic Play dabbles in the dark side with the release of Vampires vs Wolves Online Slot.

Over the years, the creative design team behind Pragmatic Play has delved into some mysterious and enigmatic themes. They’ve games around mystical magicians, enchanted pixies, cartoon ghouls and various sci-fi fantasy designs. But it’s rare to see a digital slot coming from this studio that could be properly classified in the ‘horror’ section.

Up until this week, the nightmarish Transylvania Slot (June 016) and the hellishly themed Diablo 13 (September 2017) were the only two that fit the bill. Both had the potential to become Halloween favorites of the iGaming realm, but neither succeeded due to low RTPs and a lack of transparency. Suffice it to say, internet gamblers were getting smarter, and Pragmatic Play had to make some adjustments to earn their respect.

The brand’s more recent productions have reflected that goal, including their latest launch – and their third attempt at delighting fans of the macabre – Vampires vs Wolves Slot. Although the name implies otherwise, it’s not exactly a spin-off of the decade old Twilight saga. But it does offer some fantastic graphics, animations, and features, and it comes equipped with a much more favorable 96.49% RTP.

Vampires vs Wolves is a 5 reel video slot with 10 fixed paylines and a bet range of $0.10 to $50 per spin. Due to the low number of paylines, coupled with a pair of potent, player’s-choice free spins features, its variance falls into the medium-high range. At max bet, a single spin payout tops out at 50,000 coins for x5 wilds on a line.

The game’s main characters – three vampires and three werewolves – make up the high paying symbols. During the base game, they appear in their human form, transforming into their bloodthirsty mutations during free spins. The low-end symbols are colorful, crystallic formations of card suits, ranked highest to lowest, spades, hearts, clubs, diamonds.

The wild symbol is a golden box simply marked with the word WILD. It appears in base game and feature modes, doing the basic task of helping create wins.

There are two scatter symbols, both stacking 3-high on the reels. The first is the vampires’ dark, distant castle, appearing only on reel 1. The second is a wolf howling at the moon, appearing only on reel 5. When both appear in the same spin, fully covering their respective reels, the free games feature is triggered. At this point, the player must make choose a side… Vampires or Wolves?

Choosing the vampires grants the player 8 free spins. All vampire symbols turn into their sanguisuge forms during the feature. Every vampire symbol that appears on the reels has a random chance of becoming wild. When this occurs, vampire wilds become sticky and hold in place for the remainder of the free games feature. These symbols also take on the same payout potential of standard wild symbols; the highest paying symbols in the game.

Choosing the wolves grants the player 14 free spins. All werewolf characters transform from human to their lycanthropic forms. During the feature, all werewolves substitute for each other, meaning that lining up any combination of werewolves and/or wilds pays out as if they were the same symbols. Although wolf symbols are not wilds in the traditional sense, they do gain the more powerful payout potential of higher-paying wilds while this feature is active.

Every year, as October approaches, internet casinos select their most popular horror-themed online slots and place them on the ‘Featured’ games list, knowing holiday fans are more inclined to play them at this time of year. Will Pragmatic Play’s new Vampires vs Wolves Online Slot make the grade?

The release of the game was just formally announced this morning, and it’s currently averaging placement in the 200-300 ranks at Pragmatic Play casinos. At this point, I don’t expect it to make any top 10 lists, but you never know. Its reception with players over the ensuing weeks will surely decide its fate come October. 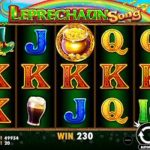 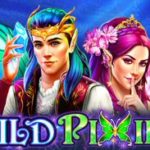 A Closer Look at Wild Pixies from Pragmatic Play 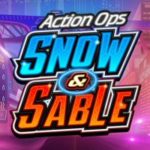