Government Plan: Speed up the courts, employ the workable, and don’t expect any new casinos in Manitoba! 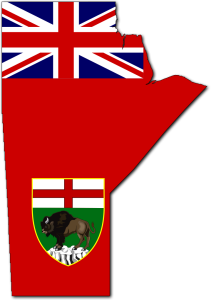 Manitoba’s government has been known for a lot of things over the years. For more than a decade, they were known for raising taxes and spending exorbitant amounts of money. Now, as a direct result, they’re known for being broke.

When the Pallister government took over in 2016, recovering from the irresponsibility of the former NDP was the number one item on his agenda. Pallister vows to fix the budget deficit, and that means a lot of changes around the province. Namely, seeding up the court system in low-risk cases, saying “No!” to Manitoba casino expansions, and making sure those who can work, do work.

“The reality around the world is that interest rates are going up, so government debt servicing is going up as a cost item,” said MLA Brian Pallister in an uneventful budget speech on Tuesday. “The economy is not growing exponentially as it once did, so slow growth economies are the order of business.”

Speeding Up the Court System

Pallister had a lot to say on the subject of provincial budgeting this week. He’s looking into the efficiency of policing systems, straightening out the health care bureaucracy, and continuing their efforts to speed up the court system in cases involving low-risk criminals.

Court trials can take what seems like an inexorable amount of time, and as we all know, time is money. In this case, it’s the government’s money, which translates directly to taxpayers’ money. The government has already seen some success in reducing the budget by moving low-risk cases through the courts more quickly. It won’t solve the issues in one fell swoop, but it’s a good start.

No New Casinos in Manitoba

Gambling expansion in any form is being put on “pause” in the coming year. Pallister said there will be no approval for additional VLTs, nor will regulators be reviewing any proposals for the construction of new gambling facilities.

This particular declaration isn’t just about saving money, but preventing a rise in problem gambling—which does help save money in the long run. Addiction isn’t just a problem for individuals and families in the community. It also requires treatment, and treatment costs government dollars. Thus, keeping the casino market and associative costs at status quo is the goal.

Capable of Working? Get a Job!

Pallister said he intends to save money on the welfare budget. He’ll do this by making it easier for individuals on assistance to get a job. Whether that means increasing employment opportunities across the province, or making it more difficult for able-bodied benefactors to collect, is uncertain.

“In the past, assessments of employable Manitobans on assistance were informal, non-standardized, inconsistent and often delayed,” said Pallister in his speech. “A new approach will feature more timely and holistic assessments, based on more accurate data as to individual need, and more rapid connections to supports to rejoin the workforce sooner.”

It sounds like a mixture of both. Those who are capable of working may soon find it harder to collect welfare. However, they may also find it easier to get a job and make their own way. Just don’t expect to find a job at any new casinos in Manitoba…