Swedish mobile slots creator NetEnt has been delivering some of the most popular, digital 3D slots for the internet gambling industry for more than two decades. Founded in 1996 (then Net Entertainment), it’s one of the world’s oldest and most respected producers of online casino software. In 2017, the company boasted sales growth of 11.7%, with an operating margin of 36.1%.

While everything seems to be going swimmingly on the outside, turmoil was apparently taking place within. In March of 2018, the company’s Board of Directors decided it was time to hire a new captain to navigate the ship. Per Erikkson, who held the position of Chief Executive Officer since March of 2012, was ceremoniously commanded to step down. In his stead, Therese Hillman was appointed acting CEO.

Hillman had more than enough experience to handle the interim role. With an M.Sc. in Accounting and Finance from the Stockholm School of Economics, she spent the last 10 years working in the e-commerce industry. For more than 5 years, from April 2011-December 2016, she held the role of CEO at Gymgrossisten Sweden, before joining the NetEnt staff as Chief Financial Officer in January of 2017.

After two months of observance, the Board had no qualms about awarding Hillman the permanent position.

From Acting to Full-Time CEO of 3D Online Slots Maker 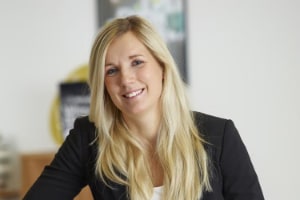 NetEnt issued a press release on Tuesday proclaiming the official and immediate appointment of Therese Hillman as the new, full-time CEO of the popular mobile slots creator. Fredrik Erbing, Chairman of the Board at NetEnt, eagerly made the announcement.

“We are pleased to appoint Therese Hillman as new Group CEO. Therese has a clear business focus and is an appreciated leader with great energy,” said Erbing.

“NetEnt is pioneering the online gaming industry and is taking the next step to be at the forefront of business focus and innovation. With Therese’s abilities, we get the right person to lead the company in the next growth phase”, he concluded.

Ms. Hillman humbly accepted the position, and is excited to step wholly into the new role. “It is with great enthusiasm, but also humility, that I am taking on the role as Group CEO of NetEnt,” she said.

NetEnt is most famous for its epic slots titles Gonzo’s Quest, Dead or Alive, Starburst, and Jack and the Beanstalk; as well as exclusive branded slots like Guns ‘N Roses, Jimi Hendrix, and Scarface.

Now, with the turmoil behind them, Hillman is in full control of the company ship. NetEnt hopes to continue creating more of what its fans love—the best, feature-rich, interactive gaming experience on the market. No doubt, the future of the 3D online slots maker will shine brightly for many more years to come.