Swedish-owned LeoVegas Casino, founded in 2011 and launched the following year with a mobile-first approach to iGaming, has become one of the most successful internet gaming destinations of all time. It’s immensely popular in the UK and Canada, accommodating countless players from around the globe.

However, popularity means nothing to the UK Gambling Commission (UKGC). The regulatory body has spent the last many months cracking down on its iGaming licencees. Regulators are investigating all of their operators, uncovering any hint of non-compliance. Those found in violation are receiving swift and hefty fines.

LeoVegas is the latest such operator to feel their wrath. 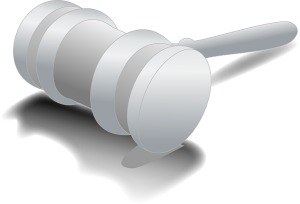 Earlier this month, it was revealed that LeoVegas Casino is the latest to be hit with a large penalty by the UKGC. Regulators uncovered a history of misleading advertisements and improper handling of client accounts.

The Commission says that 11,205 members of the online casino were not properly reimbursed for account balances after voluntary closing their accounts in favor of self-exclusion. Perhaps even worse, 413 of those members were allowed to continue gambling after registering for the self-exclusion program.

The casino failed to do so much as approach or contact these players in regards to their continued game play, nor did they instate the mandatory 24-hour cooling off period,. Quite the contrary, regulators found that LeoVegas promotional materials were sent to the email addresses of 1,894 self-excluded members.

Furthermore, the UKGC found that 41 LeoVegas-approved advertisements were in breach of local advertising standards. In the UKGC’s determination, these ads were disingenuous, leading potential players to believe in unrealistic odds.

As with several previous operators who were fined significant sums for similar offences, LeoVegas is being used as an example for all other UK licensees. The exorbitant size of their fine will hopefully be a deterrent, convincing competitors not to make the same mistakes.

According to UKGC chief executive Neil McArthur, operators must raise their standards. Remaining in compliance with regulatory guidelines is obligatory, not optional. The punishment will become more heavy-handed in the future. He hopes that this latest penalty against one of the largest, most recognized online and mobile casino operators in the world, will prove beyond doubt that the Commission is serious about protecting players.

“The outcome of this case should leave no one in any doubt that we will be tough with licence holders who mislead consumers or fail to meet the standards we set in our licence conditions and codes of practice,” said McArthur in a statement. “We want operators to learn the lessons from our investigations and use those lessons to raise standards. ”

LeoVegas has responded to the accusations in a swift and apologetic manner. It is already issuing a review of its practices and policies. The popular Canada online casino immediately hired a new marketing compliance officer. It is also instating more rigorous training protocols, limiting affiliates, excluding affiliate email advertisements and more to ensure future compliance.

For more information, you can read the complete UKGC review and response from LeoVegas Casino.