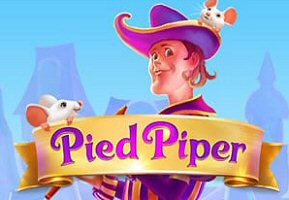 As a child, many of us heard the story of the Pied Piper. Which version you heard really depends on your culture, age, and the reasoning behind your parents’ retelling of the tale. You see, there are many different ways to relay the story – some with good endings, some not so good.

Like most fables, there’s a moral behind the story. But this old German legend has been spun time and again for over 700 years. Which moral is to be taught oft determines its retelling.

All versions tell of a piper in bright, multi-colored clothing (pied) who came to the medieval village of Hamelin, Germany during a terrible rat infestation. He tells the king he can remove the rats by playing his magical pipe. The king agrees, and offers a handsome reward. The piper does the job by playing his pipe and leading the rats off to the river to drown. But the king refuses to pay up. So the piper returns and plays his pipe again, this time leading the all the children out of town just as he did the rats. What happened to the kids… well, again, that depends on the version being told.

In Quickspin’s newest mobile slots game, Pied Piper, we never find out. That’s because the software giant ignored the second half of the folktale, delivering a more joyful plot. Everyone is blissfully happy. Well, the King looks a bit stern, but that’s normal for a King – even a jovial one.

Now that I’ve gotten my rant out of the way, let’s look closer at the new mobile slots game that’s been drawing so much attention lately. Pied Piper is a 5 reel, 40 line video slot with some nice graphics and interesting features.

Premium symbols include the Piper Wild, Mouse Wild (they even call it a mouse, instead of a rat, to make it sound friendlier), king, queen, princess, key, and bag of money. The lower-paying symbols are A, K, Q, J, 10.

The Mouse symbols are wild and substitute for all other standard symbols. The Piper Wild does the same, and much more. 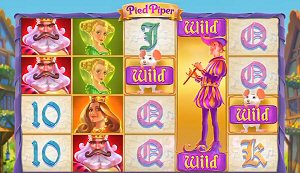 The Piper Wild only appears stacked on reels 2, 3 or 4, triggering the Piper Wild Respins feature. He will march left one reel before the respin occurs, and continue to do so, triggering more respins until he leaves the screen. If any Mouse wilds are on the screen, they will also march one space left with him. (Ah-ha! They got that part of the story right.)

There’s also a Mystery Re-Trigger feature that can activate the moment Piper walks off the first reel. It’s random, but if it does, he’ll re-enter on the 5th reel and trigger a whole new set of re-spins.

One other symbol I didn’t mention yet is the Bonus Scatter. These only appear on reels 2, 3 and 4 in the base game, and will activate 10 Free Spins whenever three appear (one on each reel). During free spins, between 1 and 6 Mouse wilds are guaranteed to land on the reels with each new spin. The Piper Wild Respins feature can also trigger at this time.