I’ve done several write-ups on roulette betting systems over the years. I’ve explained everything from how they work, to the logical reasons why they don’t really work at all. If you’re looking for a real roulette strategy, you won’t find anything effective, except one thing… game choice.

Chances are, you’re already aware that American roulette is the worst version you can possibly play. This is probably the most commonly known rule among all gambling strategies. That double zero (00) is a killer to your RTP (return to player). Don’t play it, period.

If you are aware of this fact, you’ve probably been told to stick with European roulette. This game does not feature the double zero; only a single zero (0). Eliminating just one number from the equation makes a rather larger difference.

Instead of any number having a 1-in-38 chance of appearing on the wheel, it drops to a 1-in-37 chance. That may not seem like much, but when it comes down to it, the RTP in single-zero roulette games is significantly higher. Where American roulette’s RTP is 94.74%, European roulette’s RTP is 97.30%.

Suffice to say, playing American roulette is just foolish. But that doesn’t mean you should settle for European roulette, either. 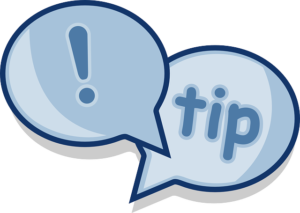 The golden rule of any proper gambling strategy is to reduce the house edge to an absolute minimum. The lower the house edge the higher the RTP. They are, in fact, the opposites of one another. French roulette presents players with a theoretical RTP of 98.65% (house edge 1.35%). That’s more than one full percent higher than European roulette.

“How could that be”, you ask? The games are identical in appearance. They have the same betting options, the same wheel layouts, the same numbers. They look exactly the same!

There is one very small difference though. French roulette offers what’s known as the La Partage rule. It’s a French term, of course, taken from the word “partager”, meaning “to share”.

La Partage is a unique rule that gives players back half of their bet if they lose to a 0. It applies only to even-money bets, though. Even-money bets include:

If you place one of these bets in French roulette, and the ball lands in the 0 position on the wheel, you’ll get back half of that bet. The end result is a higher overall RTP.

So, to make the most of this strategy, you’ll want to stick with even-money bets. Wagering on dozens, groups, or single numbers will afford the same RTP as European roulette. Even-money bets are the best option anyway, as they have the highest odds of winning, 47.37%.

You won’t find French roulette available in too many land-based casinos. Not this side of the planet, anyway. In North America, most casinos will only offer American roulette. For obvious reasons, of course – they want to make more money.

If you look around, though, you should be able to find European roulette in the bigger casinos throughout Canada and the US. That can be terribly inconvenient, unless you happen to live near one of them.

The easier option is to play French roulette online. It’s very easy to find. Players who access the internet for their gambling pleasures tend to be a lot more aware of game rules, payouts and real roulette strategies, simply because they have easy access to so much information (like the page you’re reading now). For this reason, most online casinos will offer all three versions – American, European and French roulette.