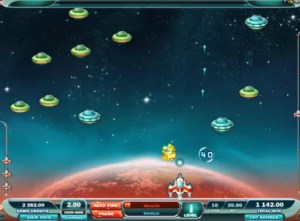 Imagine for a moment the common game variety at an online casino. What came to mind? Was it slot machines? Did you picture a blackjack table, roulette wheel, or maybe even a video poker game? These are the most common variety of casino games, and often the first to come to mind.

There’s a lot more to online casino websites than the standard variety of gaming options. Casual casino games fall within the most overlooked category of them all. It’s not because they aren’t fun – far from it. They just aren’t well known. But for those who play them, they can be wildly entertaining.

We’ll take a close look at real money casual games, what types are found in the ‘Casual‘ menu, and why so many recreational gamblers are leaving the slots and table games behind to play them.

What Are Online Casino Casual Games?

In general, casual games are fun titles that entertain players while they pass the time. The success of the Nintendo brand is based on this model. Super Mario Bros., Tetris, Contra, Metroid – all casual games, all beloved by the original console video gaming generation.

Today’s generation considers casual games to be all those free gaming apps they download to their mobile phones. Farmville, Candy Crush Saga, Words with Friends, Monster Legends – these are the casual games of the millennial generation.

Online casino software developers have taken the same concept, along with the gambling aspect, and rolled it up into a whole new segment of digital entertainment they call casual casino games. Just like their console-based predecessors and free mobile app counterparts, they can be thoroughly entertaining. They’re often some of the cheapest games you can play, as well.

One thing that makes these games so exceptional is that they can be very unique to the gambling model. Yes, some of the games in this category can be found at land-based casinos, including multifarious variations of keno and bingo games, but most are not. When was the last time you played a shooter-style arcade (a la Galaga) or bought a scratch-off lottery ticket in a Vegas casino? That’s what many of these play like.

The majority of casual games at online casinos play out like scratch cards, but are much more interactive. Microgaming’s Whack-a-Jackpot is a retro whack-a-mole game where players win if they match three prizes beneath the moles.

The same company makes a game called Pharoah’s Gems that is three games in one. Players open a treasure chest in hopes of revealing a jewel, worth up to 500x their stake, a Pharoah bust for a chance at up to 5000x times the stake, and three urns that could award up to 2000x the stake if one of the symbols within them matches the ‘winning symbol‘.

Some of the games are more arcade-style, which are generally a lot more appealing to casual gamers. They incorporate elements of chance and skill, and last a lot longer than scratch-off lottery games. They aren’t easy to win, but they are immensely entertaining.

Microgaming’s Max Damage and the Alien Attack is one such game. It’s an outer space shooter with multiple levels, weapon boosters and points multipliers. The more points a player earns, the more they can win.

Players can wager anywhere from $0.01 to $2.00 per level. With 10 levels available, the game can be played in full for just $0.10. That’s a lot cheaper than today’s real arcade machines! Even if you lose, you’re still getting your entertainment’s worth. And as with most Microgaming titles, you can always play the free demo version to fine tune your skills before placing a bet.