When Emoji Slot games attack! Those laughing, winking, crying faces (and occasional globs of poop) are invading online casinos in 2017. 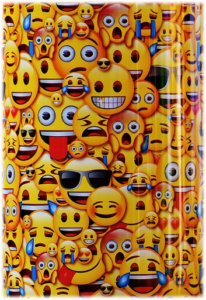 Emoticons—a merged term that refers to icons delineating a person’s emotions through facial expression – have been around for many years. When the first real time, multi-user chat interfaces came along (mIRC chats, they were called), they came with some of the first emoticons. Users could type something as simple as “/smile” to produce a little yellow smiley face.

Millions of people used them, but it wasn’t until smartphones came along that they became so wildly popular, they earned their own nickname, Emojis. Today’s generation is especially enthralled with them. The marketplace is teeming with emoji merchandise, everything from pillows and backpacks, the jewelry, purses, wallets, phone covers. 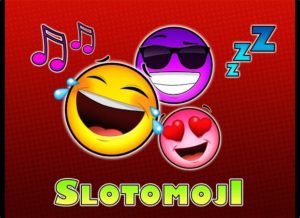 It was inevitable that Emoji Slots would appear. Online gaming developers are always looking for a new, popular theme to exploit. Endorphina helped kick-start the trend with the launch of the SlotMoji Slot in April 2017. It’s pretty basic, with 5×3 reels and nothing too imaginative in its graphic layout. But it does carry on of the creator’s more interesting features.

The SlotMoji Slot has a wild that can appear on reels 2, 3 or 4. When this happens, the wild(s) sticks in place for a free respin, and continue to trigger respins until the player wins. With each respin, the multiplier increases 1x, so the longer it takes to hit a winning spin, the more lucrative it can be. 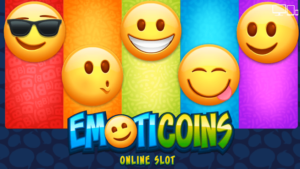 Microgaming released the newest of all emoji slot games earlier this month, cleverly titled EmotiCoins Slot. The reels make use of only a few of the most basic emoticon symbols, while generic playing card values are used for filler. Graphically, it’s nothing special.

Microgaming did spice things up a bit by using chat abbreviations. “LOL” is the scatter, and triggers free spins with ‘wild stickers‘ when 3+ land on the reels. Wild stickers mean that wilds can suddenly appear at random during free spins. When they do, they will stick in place until the free games are over. 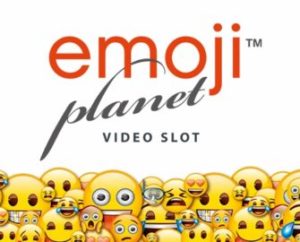 One of Microgaming’s largest rivals, NetEnt just announced another edition to existing emoji slot games. They call theirs EmojiPlanet. It will hit NetEnt powered online casinos in August, and features a massive 5×6 reel set.

The creators did away with ‘paylines’, instead paying players based on ‘clusters’ of alike symbols. The game has a few other interesting features, too, like bombs that can blow up other symbols, expanded symbols that can cover up to 3×3 areas, stacked wilds, sticky wilds and second-chance respins.

Graphically, EmojiPlanet Slot destroys the competition, but that’s nothing new. NetEnt is known for developing the most graphically rich slots with pristine HD animations. Its new emoji slot games are sure to meet the status quo.

As for which game takes the 🎂, that remains to be seen. The new emoji slot game, EmojiPlanet Slot, will be available next month at all NetEnt powered online casinos.