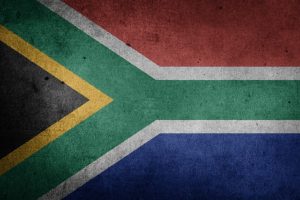 About decade ago now, South Africa appeared to be on the verge of legalizing internet gaming. When legislative efforts turned stale, it became clear that gambling online would not become regulated. And since there’s no feasible way to stop internet casinos from accepting players – or to stop players from accessing those sites – their aim is to intercept the winnings.

Essentially, South Africa has told its citizens ‘you can play, but you can’t win‘. A new task force established in late 2016 is charged with the responsibility of monitoring internet wagering, and is authorized to confiscate the winnings of players if they’re caught.

It all started in 2004 with passage of the National Gambling Act (NGA), which defined permissible forms of gambling – essentially, any licenced operator. The National Gambling Board (NGB) was also established at this time, and it was apparent that one of their goals was to legalize and regulate gambling online.

Four years went by before the government produced the National Gambling Amendment Act, designed to embrace “new forms of gambling”. Internet gaming was just one such form intended for regulation. The Act was passed into law in July 2008, but was given no commencement date.

Next, a Gambling Review Commission was launched, authoring a comprehensive study of the gambling industry in 2010 that strongly recommended the legalization and regulation of gambling online. But the government had clearly changed its tune by then. Trade and Industry Minister Rob Davies rejected the recommendation, saying that internet gaming is illegal and South Africa, and his department would not be pressured to alter that stance.

In 2011, a Supreme Court of Appeals decision upheld that gambling takes place from the source of the wager (i.e. the player’s computer), thus SA was given jurisdictional rights to go after offshore operators that accept South African players. However, the government has not chosen to do so.

For the last few years, online casinos have told these players that’s it okay for them to gamble online at their websites, because the laws target operators, not players. Such statements are disappearing rapidly now, though, as the laws are becoming more defined in 2017.

You Can Play, But You Can’t Win

In April of 2016, the Department of Trade and Industry (DTI) unveiled a new National Gambling Policy, stating that “no new forms of gambling will be allowed at this point”.

Furthermore, it claimed that “improved provisions will be included in legislation to deal effectively with illegal gambling”.

“The capacity to regulate online gambling currently is not adequate, but can be streamlined to prevent illegal operations. Provisions must be included to prohibit illegal winnings, with amendments to prohibit internet service providers (who must not knowingly host an illegal gambling site), banks and other payment facilitators from facilitating illegal gambling by transferring, paying or facilitating payment of illegal winnings to persons in South Africa.”

Additionally, the Financial Intelligence Centre is responsible for working with financial institutions to identify and intercept winnings from online gambling. The legislation goes so far as to threaten criminal penalty on any financial agency that fails to cooperate in the investigation and interception of illegal winnings. All intercepted funds are to be deposited into the nation’s Unlawful Winnings Trust.

“If you go online, we may not be able to stop you when you play the game, but when you win, we get you.”

As a result, any South African who takes the risk of gambling online may never receive their winnings. Once a cash out is requested, it may reach the player’s financial account, or if discovered, could become a drop in the bucket of the nation’s Unlawful Winnings Trust.