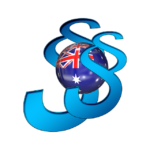 Most of Quebec‘s online gaming enthusiasts will remember the government’s attempt to enforce an IP block against offshore internet gambling websites. It was a complete and utter failure. Perhaps politicians looking to enact Australia online betting reforms should take a page from Canada’s past mistakes.

Last week, when discussing a throng of new gambling reform measures, members of the Australian government announced they would look into the potential of an IP blocking scheme to prevent residents from accessing international gambling websites. If they take one look at the history in Quebec, they won’t even attempt it.

In 2015, the government of Quebec wrote up a piece of legislation known as Bill 74. It was a budget measure with various provisions, including one specific measure designed to enforce an IP block against all known internet gaming sites operating from overseas.

There was great controversy over the bill, and several major organizations – including the Internet Service Providers (ISPs) themselves – vowed to contest the law if it were passed.

ISPs in particular had a strong case against the law. Being a budget bill designed to bring more money into the province, these companies argued that it would cost a lot more time and money than it would be worth to enforce such an IP block.

They also argued that, in the end, it would fail because black-market operators have no problem changing their IP address as often as necessary to continue giving players access to their websites. Only legitimate operators regulated overseas would actually be blocked.

An even more palpable argument came from the fact that censoring the public against such internet content – the same content that is perfectly legal in Quebec via its provincially-run EspaceJeux gambling website – is a direct violation of federal law.

Despite all this, Quebec went ahead with the passage of Bill 74 in June 2016. It didn’t take long for the government to discover the error of its ways. It was challenged at the federal level, and Canada’s telecommunication laws won out. The IP block was deemed unconstitutional, and Quebec was forced to repeal the legislation.

For now, officials are only looking into the possibility of an ISP block against offshore operators, and chances are they will come up against a brick wall before long. Not only has such action been deemed a ‘dangerous precedent’, Australian ISPs and Telecom regulators are sure to challenge it, just as they did in Quebec.

Why Australia Could Actually Succeed

There are two reasons why an IP block within Australia online betting reforms could possibly succeed, where Quebec failed. One is the reasoning behind the intended block, and the other is the level at which such a law would be enacted.

Quebec put its measure into a budget bill, actually stating – on record – that its passage would bring in an estimated $13.5 million in revenue in the first year, increasing to $27 million in subsequent years. Yet, in its defense of the IP block, Quebec stated its purpose was to provide better player protections. That direct contrast in reasoning was one of the strongest factors in Quebec’s failure.

Furthermore, Quebec is merely a province of Canada. According to the Criminal Code, only the federal government has the right to regulate telecommunication services, especially when it comes to something so pivotal as internet censorship.

In Australia, player protections – particularly the prevention of problem gambling – are already at the forefront of the nation’s attempt at online betting reform. And because it is the federal government – not just a state or territory – they have more power to amend the constitution, as necessary, to pass an IP block.